After a two year Covid 19 imposed hiatus, Bloom returned to the Phoenix Park, Dublin in 2022. My garden for Woodie’s was entitled ‘Seomra Eile’. The garden aimed to showcase a range of easily achievable, head turning built features and planting which are suitable for a compact suburban garden. 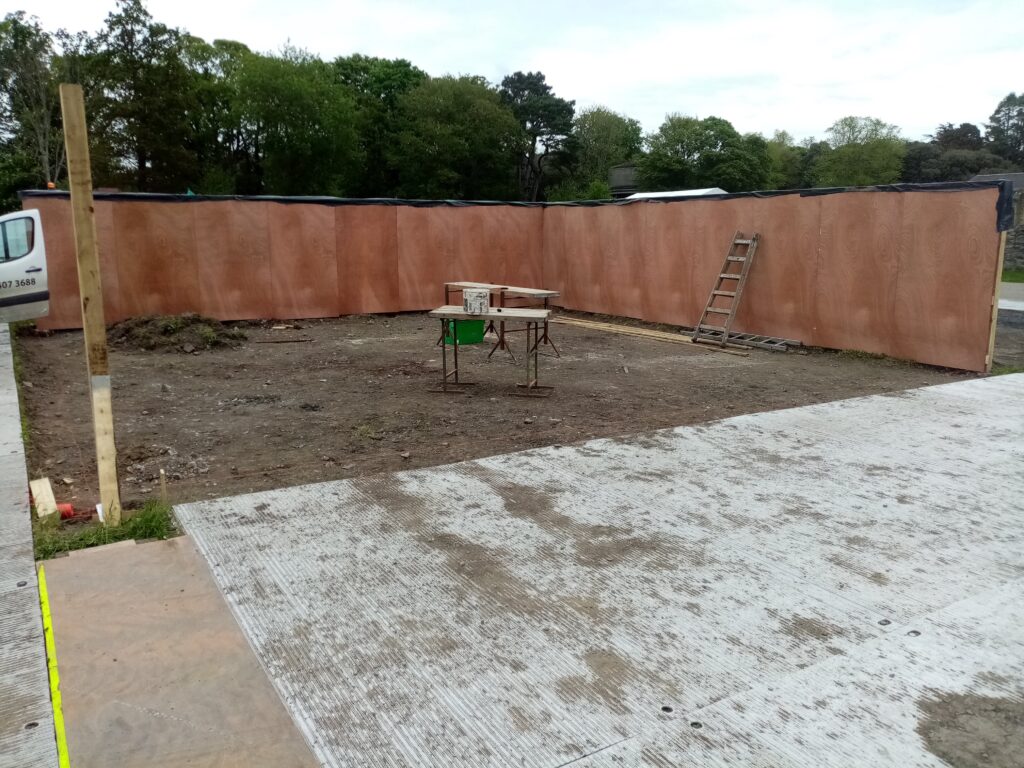 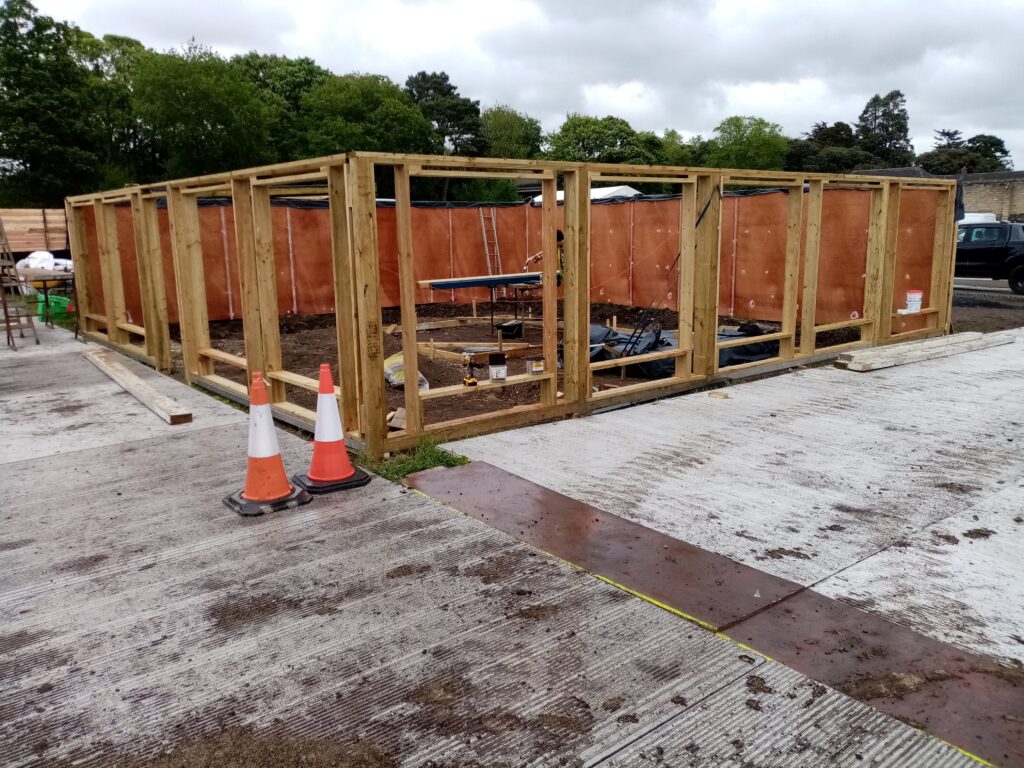 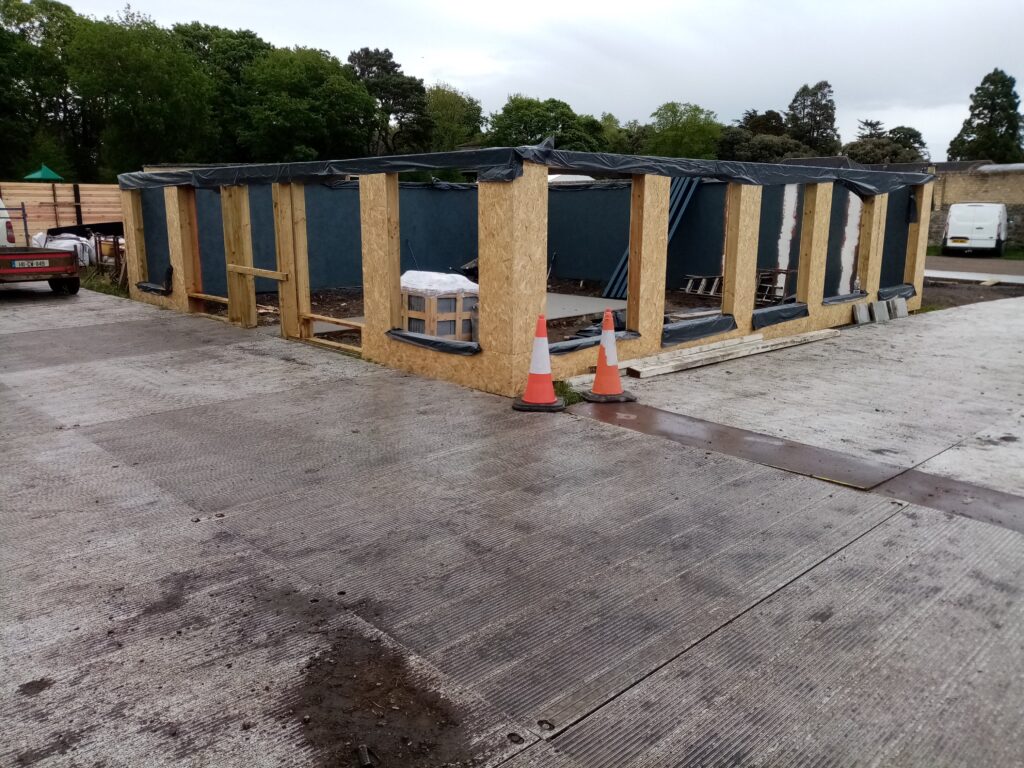 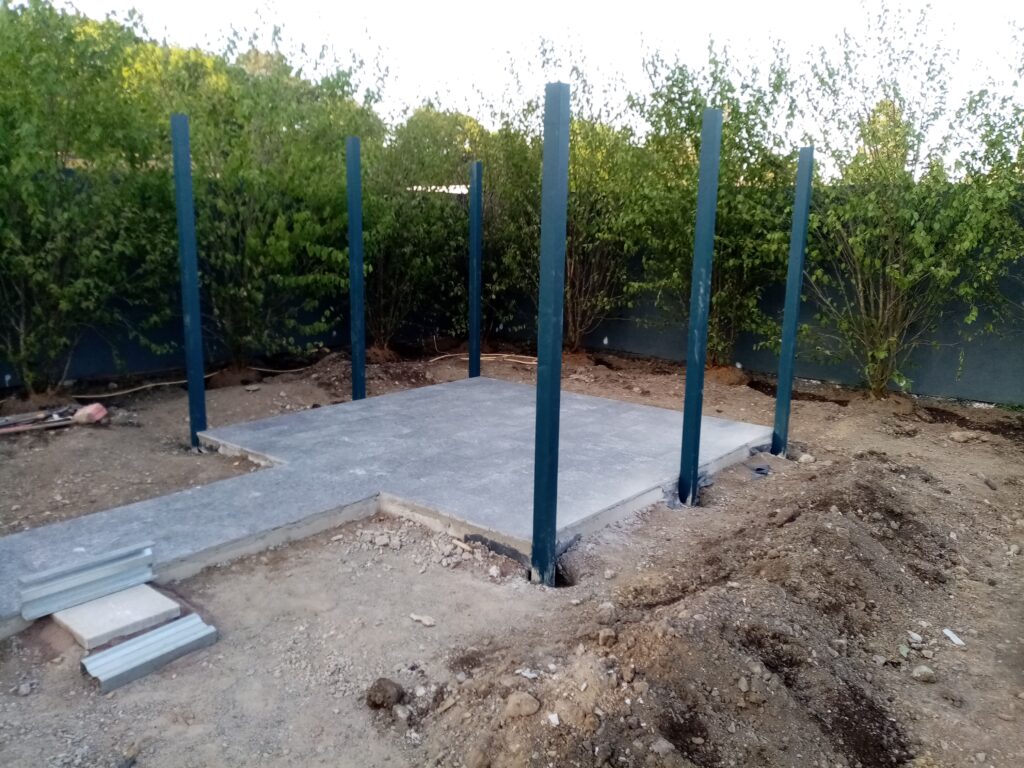 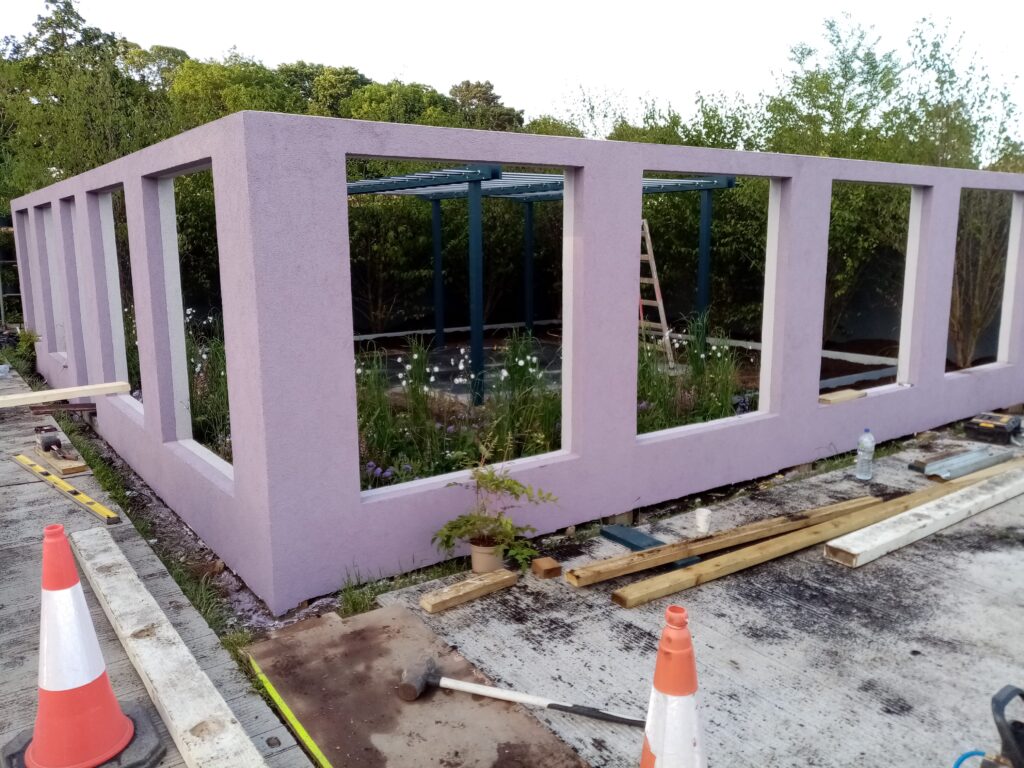 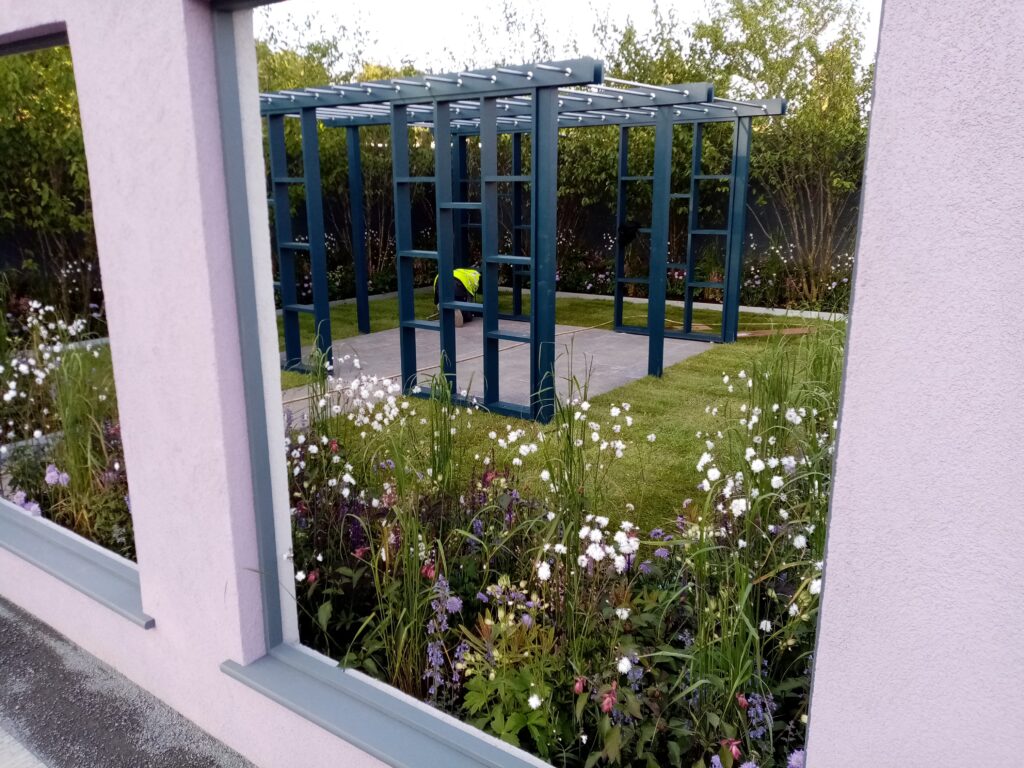 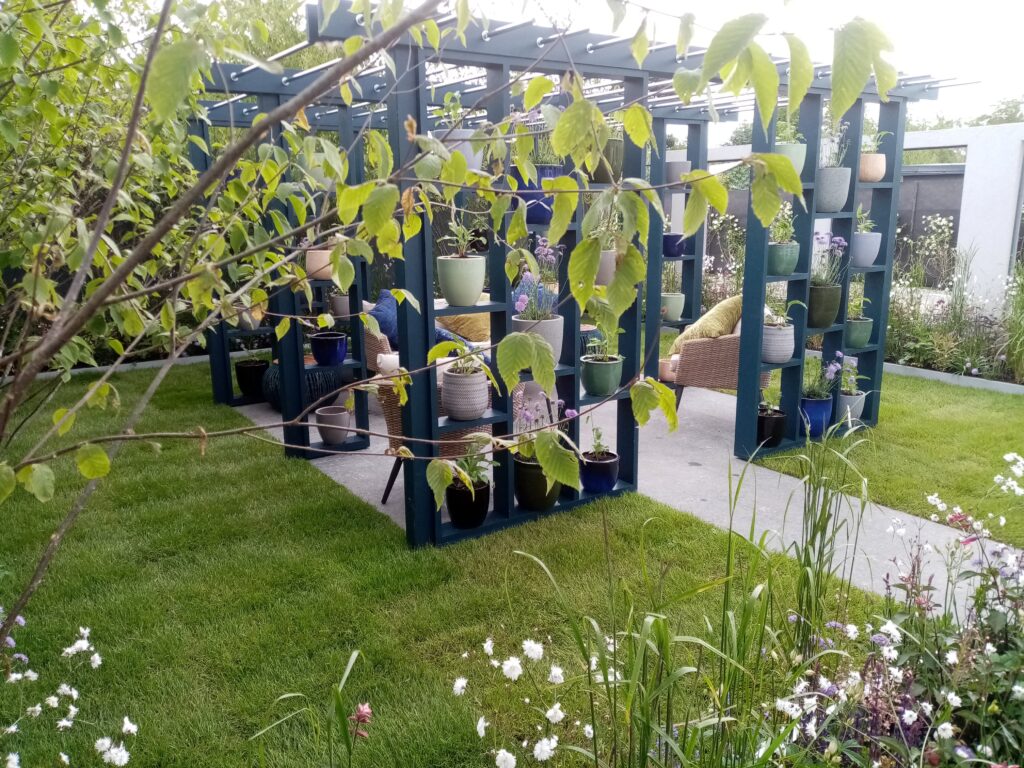 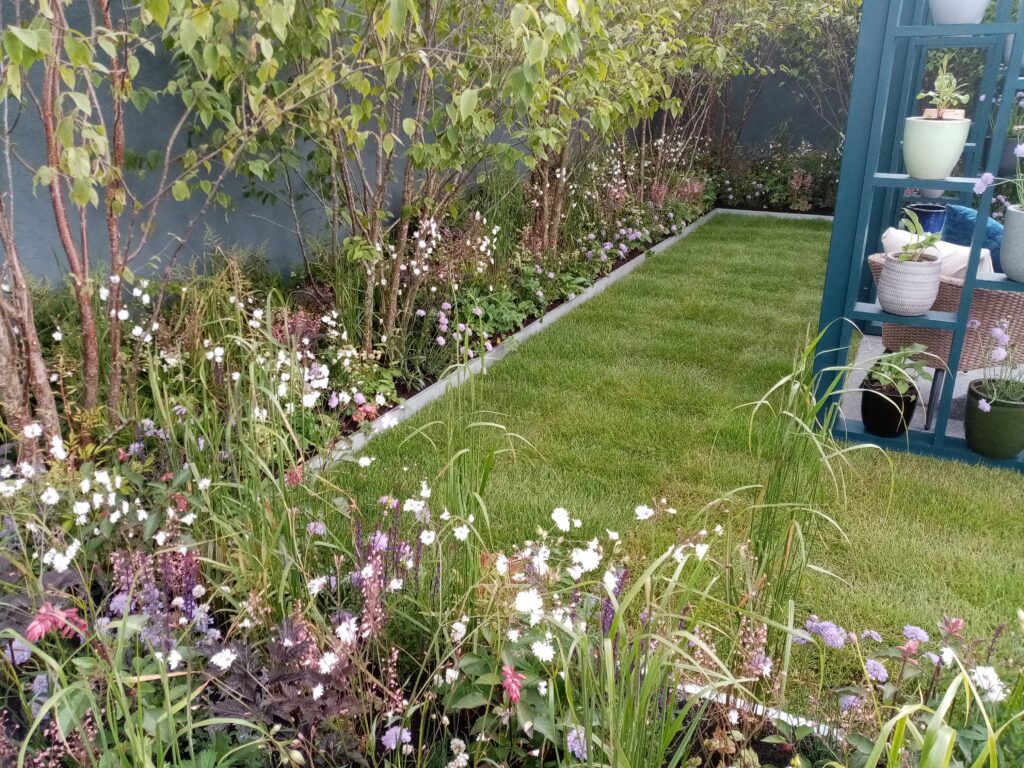 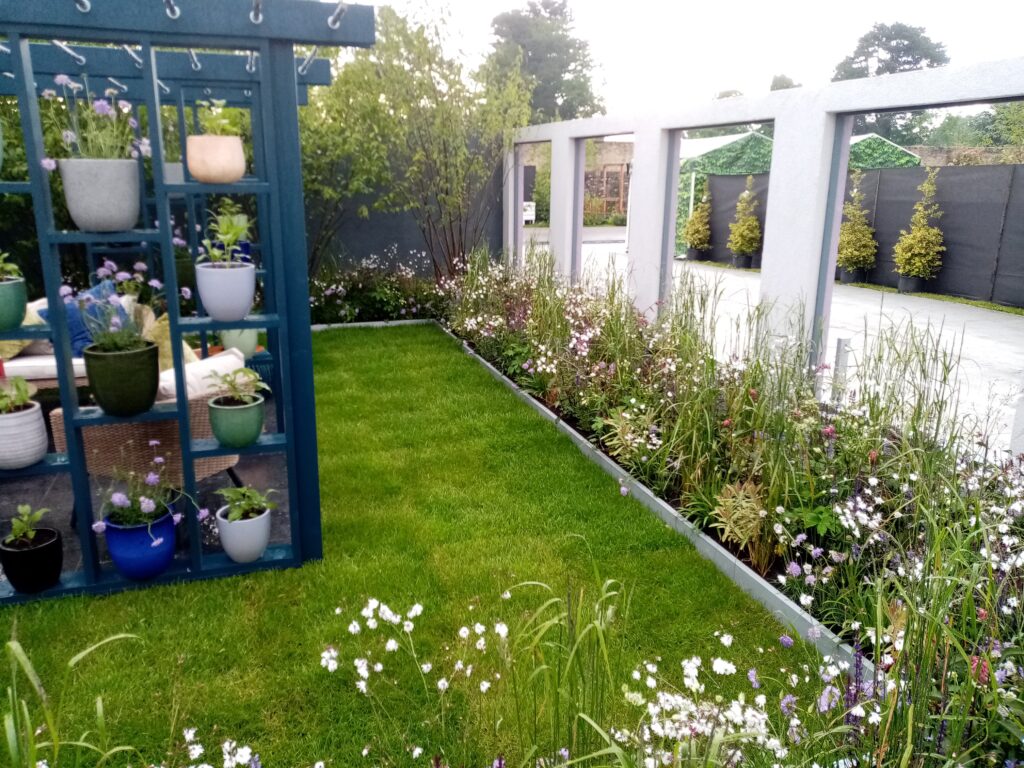 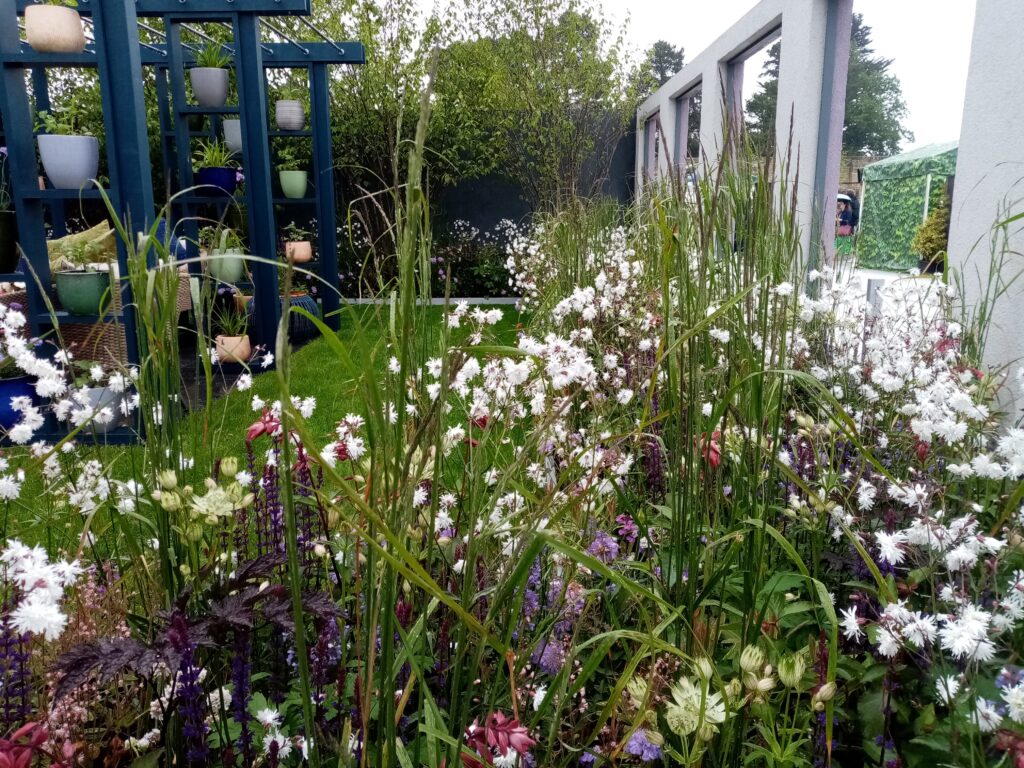 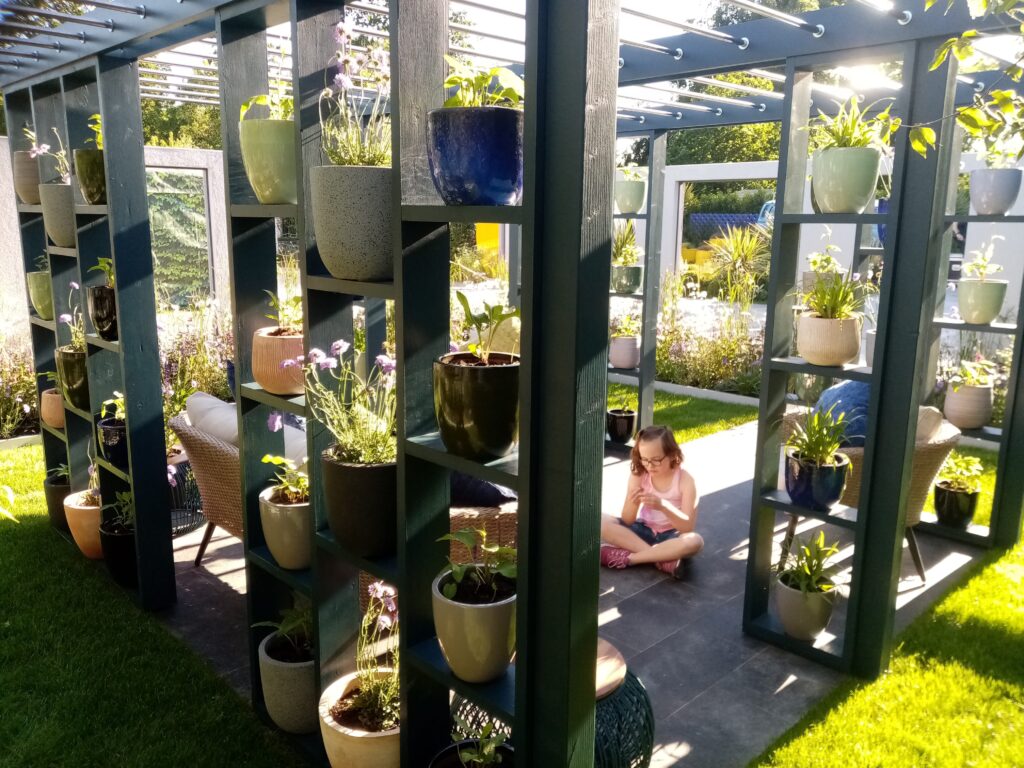 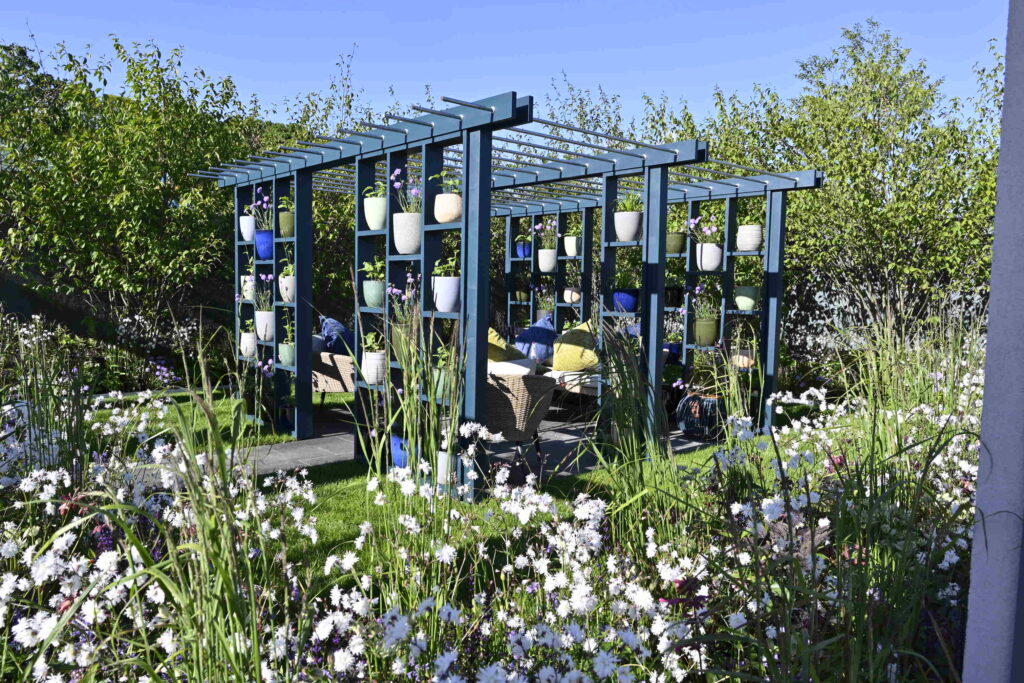 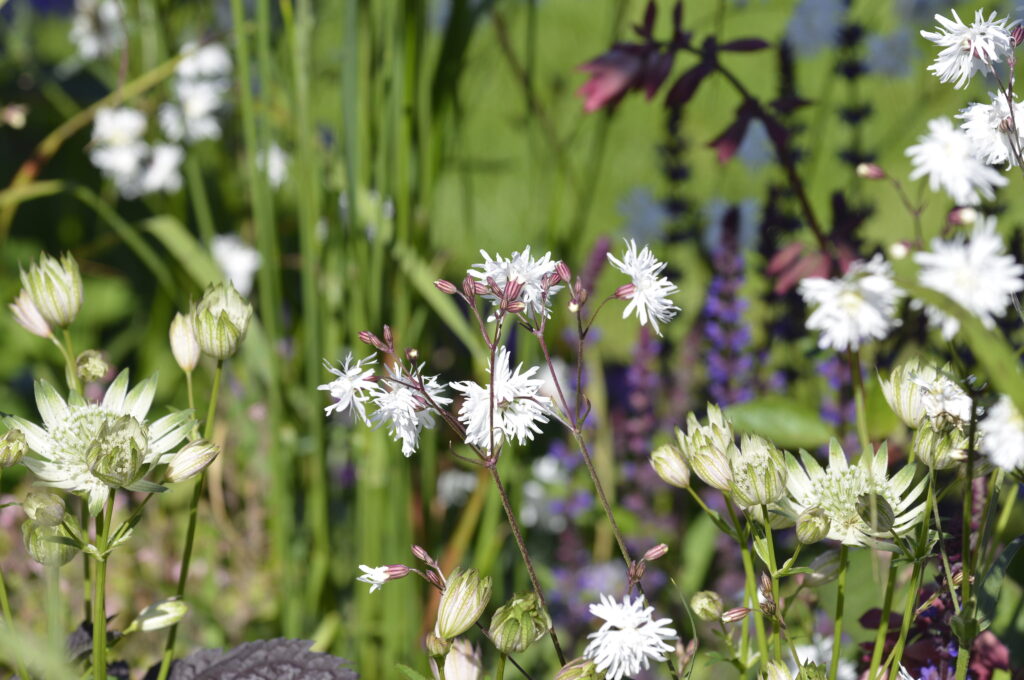 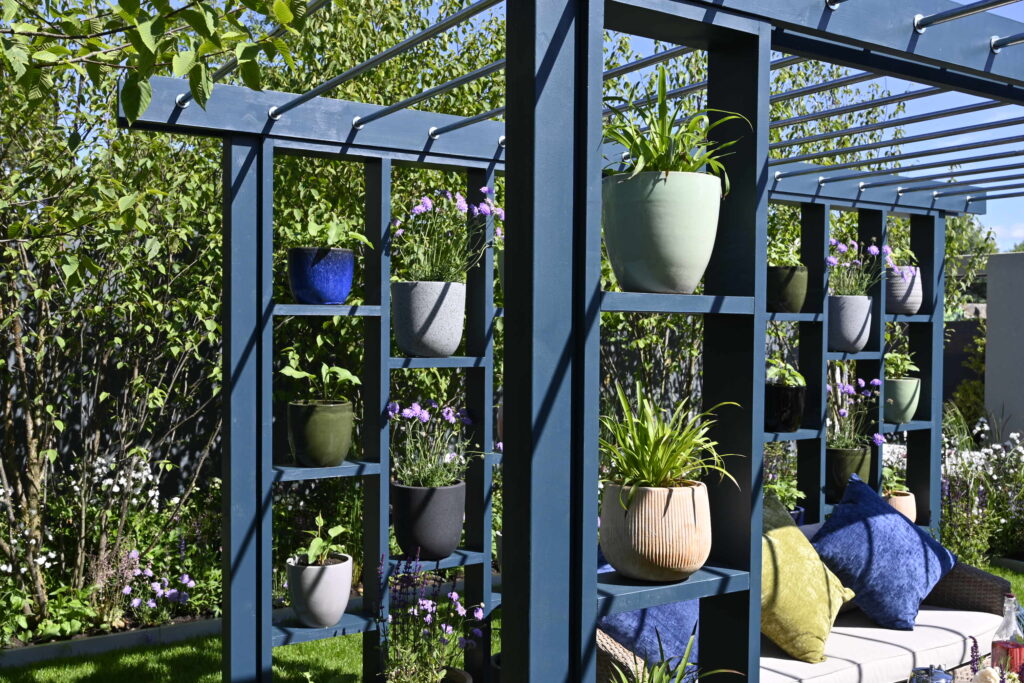 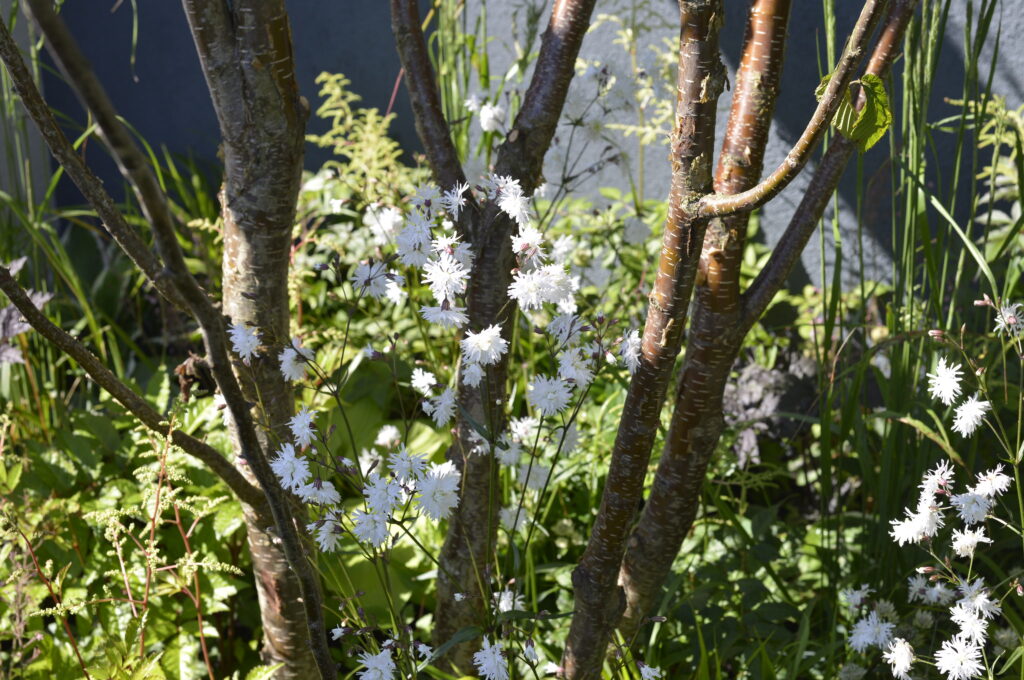 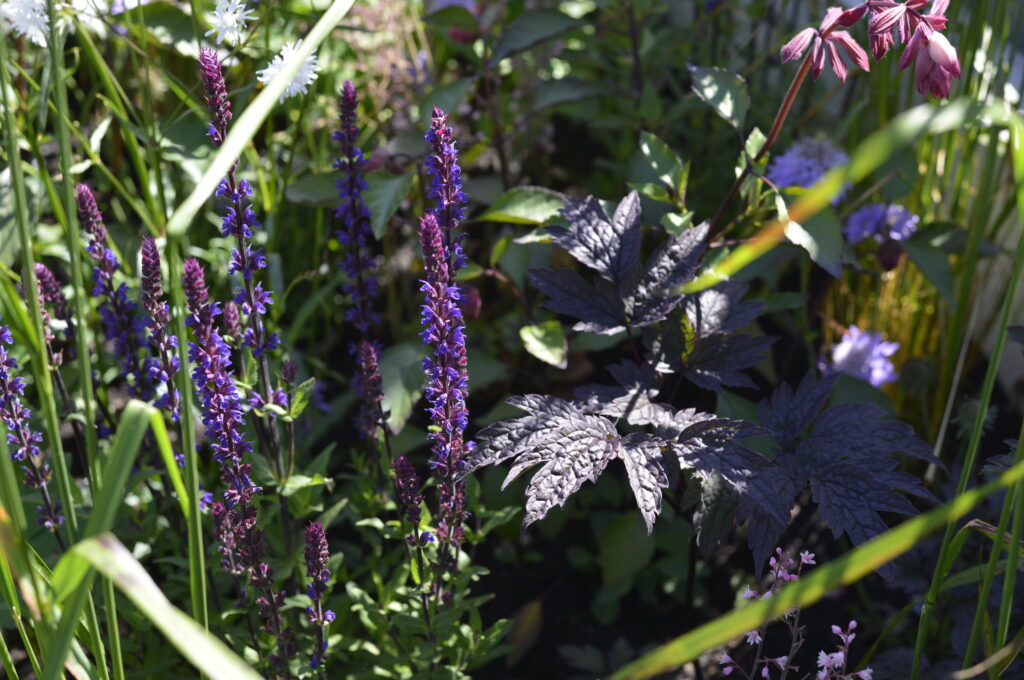 My Bloom 2019 garden for Woodie’s was ‘Connectivity’. The garden aimed to showcase various means by which we might get our children off their screens and out into the back garden.

My Bloom 2018 garden was ‘Moving Statues to Marriage Equality’ for Woodie’s to mark the passing of thirty years since the opening of their first store in Ireland. We attempted to convey this by various means; horticulturally by dividing the planting into three zones – past present and future. The past referred to the nineteen eighties and nineties and consisted of shrubs and species synonymous with the tastes and trends of those periods. The present zone was planted in the prairie style of mixed herbaceous perennials and evergreen grasses that has been popular over the past decade. The future was split into an arid and a fertile area, the suggestion here being that the future we have is determined by how we act now in relation to the challenge of climate change, shifting rainfall patterns and rising global temperatures. Each zone featured a piece of commissioned ceramic sculpture to reinforce the theme. We also used the backdrop to present a pictorial narrative of pivotal points in the social and cultural development of the country over the past thirty years, from the religious fervour of our recent past to a more secular present.

My Bloom 2017 was ‘On Cloud Canine’ for Dogs Trust. The premise of the concept was to showcase a range of ideas which can potentially be incorporated into a garden which is to be shared with a dog. There is a widely held perception that if you have a garden you cannot have a dog and if you already have a dog then you cannot create a pleasing garden. Our Bloom 2017 Show Garden attempted to counter these perceptions. We showcased a range of ideas such as sniffer trails, sand digging area, agility play frame, puzzle pole, tunnel and mound, sacrificial toilet area, outdoor shower and grooming station, covered canopy. I was awarded a Silver Medal for the garden.

For Bloom 2016 I designed and built GOAL’S Damascus Courtyard – War and Peace. The garden is a version of a real world garden which I am building in the Syrian Refugee Reception Centre in the former Hazel Hotel in Monasterevin in Co.Kildare. That project commenced in the Spring and relies on voluntary labour and material donations. We reached a point where we could not bring the project any further without access to plants and material and it was then that I developed the idea of seeking sponsorship to bring a version of the garden to Bloom which would then, upon completion of the show, allow us to use all the plants and material to relocate to Co. Kildare to finish the source garden. This will happen over successive weekends throughout the summer. Check out more photos of the garden in the Gallery.

At Bloom  2015 I designed and built ‘Non Forsit’ for which I was awarded the Silver Gilt Medal. The garden was a modified version of a ‘real world’ garden which I built for the Brett family in Monasterevin in Co. Kildare and which featured in the RTE Television series ‘Super Garden’ in 2015.